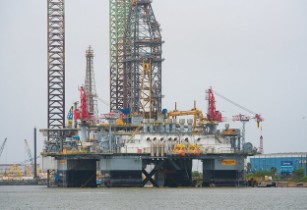 ADES stated that the ADMARINE IV contract was awarded by an Egyptian energy company through tendering and has a term of initial one-year engagement, with an option to extend for another year at the same rates.

In Algeria, it has extended a contract for RIG 828 – acquired recently from Weatherford – and will run through June 2020.

Commenting on the contract awards, Mohamed Farouk, CEO of ADES, said, “Award of a new contract with a leading Egyptian energy company reinforces the strength of ADES’ business model that focuses on providing tailored solutions and superior services in a highly competitive market.”

“We are also particularly pleased with the extension for Rig 828 in Algeria which is a strong endorsement of our client’s confidence and demonstrates our ability to build value from recent acquisitions. These new agreements further underpin our revenue visibility and are aligned with ADES’ focus on delivering organic growth,” he concluded.