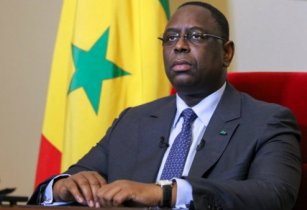 The chamber believes this case is about a sinister rush to judgment, an obsession to taint a reform-driven president and the oil industry at any cost and by any means, and certainly without an understanding of the facts and how the oil industry works.

It is important that in this rush to judgment, truth and an understanding of the oil industry should be the number one priority rather than overlooking and manufacturing evidence, the chamber said.

AEC stated that as per the Senegalese Petroleum Code, BP’s acquisition of the blocks is well in line with the current tendering processes applied in Senegal. Prior to its acquisition of the Cayar Profond and St Louis Profond offshore concessions, BP conducted extensive and appropriate due diligence to ascertain the ownership and operation of the block. This was the same with Kosmos Energy.

The chamber explained that taking into consideration BP and Kosmos Energy’s strong compliance practices and adherence to the US foreign corrupt practices act and the UK anti-bribery and corruption act, it is unthinkable that either company would move ahead with the deals if there were any implication of wrongdoing in the award of the licenses. Kosmos Energy conducted a very intensive due diligence, which it sent to the US Securities and Exchange Commission for vetting and no wrongdoing was found.

Finally, all due processes were adhered to and the initial award of the block was made prior to President Macky Sall being elected President, and all investigations conducted by various Senegalese regulators revealed that all transactions were above board, AEC added.

NJ Ayuk, CEO of Centurion Law Group and executive chairman of the African Energy Chamber, commented, “President Macky Sall has been a reformer and pushed through market-driven policies that have made the future of Senegal's oil industry a bright one and people-centred one.”

“Senegal at this moment must not be derived from the millions of jobs that its oil sector will bring to the country. These attacks are meant to slow investment into oil industry’s projects and investment into Senegal,” remarked Ayuk.

AEC noted that oil and gas production over the next 10 years would inject billions of dollars into the Senegalese economy and support more than one million jobs.