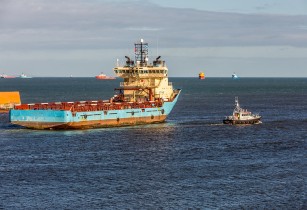 The two also discussed Eni’s recent exploration successes, as well as the activities in downstream and renewables areas.

This cooperation model supports local community development and reduction of inequalities while at the same time contributing to the compensation of CO2 emissions generated by the company’s projects.

This cooperation model focuses on a set of areas of intervention such as access to energy (improved cooking, solar panels), economic diversification (good agriculture, sustainable supply chain of natural resources), access to water and sanitation, access to health and education services, and sustainable forest management.

Following an initial assessment, Eni identified a significant potential for the development of these projects in Cabinda, northern Angola, a region where Eni holds an exploration license.

Eni will promote LDPs within all the oil contracts it operates in Angola, applying an internationally recognised approach in line with the strategies to fight climate change and with the UN 2030 Agenda and Sustainable Development Goals (SDGs).

Descalzi also described to President Lourenço the potential of Eni’s recent exploratory successes in Block 15/06. During an intense exploration campaign launched by Eni in mid-2018, an additional potential of oil resources amounting to more than two billion barrels of oil in place was found.

The company will ensure its rapid start-up: as early as December 2019, just eight months after discovery, the Agogo field is expected to go into production. Its location, about 15 km from the N’Goma FPSO in block 15/06, will allow maximising synergies with existing facilities, ensuring a record time-to-market and a low break-even price.

During the meeting, the two discussed the ongoing collaboration between Eni and Sonangol to increase the efficiency of the Luanda refinery and support the development of gasoline production plants to progressively reduce imports from abroad.

The partnership between Eni and Sonangol also includes renewable energy projects, and Descalzi described the ongoing activities related to the construction of a photovoltaic plant in the south of the country, where electricity production is now mainly based on diesel-powered thermal plants.