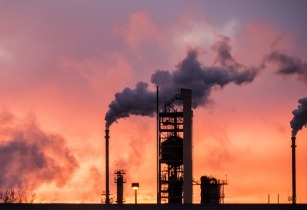 The global energy demand grew by 2.9 per cent and carbon emissions grew by two per cent in 2018, faster than at any time since 2010-11, according to the 68th annual edition of the BP Statistical Review of World Energy

BP Stats Review further highlights the growing divergence between demands for action on climate change and the actual pace of progress on reducing carbon emissions.

· Natural gas consumption and production were up more than five per cent, one of the strongest rates of growth for both demand and output for over 30 years.

· Renewables grew by 14.5 per cent, nearing their record-breaking increase in 2017, but this still accounted for only around a third of the increase in total power generation.

· The USA recorded the largest-ever annual production increases by any country for both oil and natural gas, the vast majority of increases coming from onshore shale plays.

Introducing the findings for 2018, Spencer Dale, chief economist at BP, said, “There is a growing mismatch between societal demands for action on climate change and the actual pace of progress, with energy demand and carbon emissions growing at their fastest rate for years. The world is on an unsustainable path.”