East Africa being sought after by Gulf Petrochem 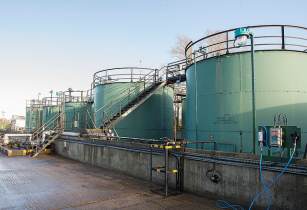 A deal to lease storage of about 100,000 cu/m to store mainly gasoil and gasoline in the region is expected to be finalised by December. Gulf Petrochem is also planning to tap the bunker fuel and liquefied petroleum gas (LPG) sectors. The company has also applied for licences in Kenya and Tanzania to market LPG (mainly to be used for cooking) and is also attempting to increase the number of its fuel stations from three to eight.

“The next decade belongs to Africa because that’s the market which is short. Tremendous opportunities are available there and assets are available at cheap rates. Things are slowly stabilising there,” said Thangapandian.

The demand for gasoil and gasoline in Africa is increasing at about eight per cent, while the demand for LPG is in dual digits, he revealed. Industrial expansion and the rising presence of automobiles in East Africa are key reasons that have enhanced the region's demand for oil product imports.

In addition to expansion plans in East Africa, Gulf Petrochem is also planning to enhance its presence in the Middle East by investing US$60mn in storage facilities at Fujairah. Part of the capacity would be ready by December 2016, with the remainder completed by March 2017, Thangapandian added.