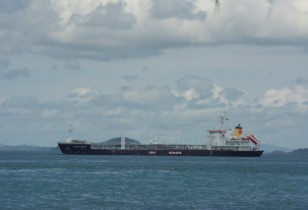 The subsea market in 2019 will experience y-o-y growth for the first time since 2014, but the positive outlook is vulnerable to any significant decline in oil prices over the next few years, according to energy research and consulting firm Rystad Energy

Henning Bjørvik, an analyst on Rystad Energy’s oilfield service team, said, “We expect the subsea market to thrive during the coming years, but market growth will be at risk if the oil price falls to US$50 per barrel.”

In a US$60 to US$70 oil environment, the subsea market is set to grow around seven per cent annually up to 2025. But a significant portion of this activity is at risk if the price of Brent crude falls to US$50 per barrel. The firm believes prices at that level would still be enough to support five per cent annual growth in the subsea market through 2022, but after that, the growth rate could fall to zero.

“Although we expect the subsea market to have one of the highest growth rates within oilfield services, the segment is also more vulnerable to an oil price drop than the oilfield services market in general. We see significant risks in terms of subsea spending as well as growth,” Bjørvik remarked.

Segments with especially high exposure to greenfield activity, such as the subsea equipment and SURF (subsea umbilicals, risers and flowlines) segments, are at risk of having growth slashed by almost five percentage points per year. This contrasts sharply with the oilfield services market as a whole, which has a risky growth of around three percentage points over the same timeframe.

Rystad added that this trend is echoed when they look at spending at risk from 2019 through 2025 – close to 20 per cent of spending in the subsea equipment and SURF segments is at risk, while around 10 per cent of general oilfield services market spending is at risk should the oil price fall from our base case estimate to US$50 per bbl.

Examining the subsea spending risks more closely, Rystad noted that Brazil has several projects with breakeven prices around US$50 per barrel.

“It is worth mentioning that operators have had a remarkable ability to cut costs during downturns, much helped by the oilfield service industry. Should a lower price environment again become reality, we can be assured that the industry has a proven track record of survival and ingenuity,” he concluded.