Kenya and Uganda map the route of new oil pipeline 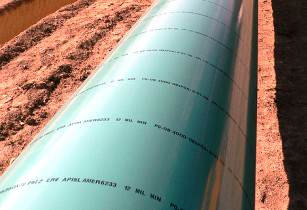 Kenya and neighbouring Uganda have agreed on the route of a planned US$4.5bn oil pipeline, the link that will transport crude from companies including Tullow Oil

The pipeline will pass through the Lokichar Basin in northern Kenya, Manoah Esipisu, spokesperson for Kenyan President Uhuru Kenyatta.

The countries had also discussed building the link through southern Kenya and the capital Nairobi. The agreed design will be the cheapest to develop, according to the spokesperson.

Tullow Oil has found oil in both countries, with Uganda estimating finds at 6.5bn barrels and Kenya at 600mn barrels. The planned pipeline to the Indian Ocean will allow the UK explorer to start exports from joint ventures with Africa Oil Corp and Total SA.

While oil was discovered in Uganda in 2006 and four years later in Kenya, both are still in the planning stage of commercial development.

Stephane Foucaud, analyst at FirstEnergy Capital LLP in London, said, “The fact they eventually agreed on a route is good news for the likes of Total, Tullow Oil and Africa Oil Corp because the Kenyan and Uganda project can eventually go forward.”

The pipeline will run for about 1,500 km from Uganda’s Hoima district through Lokichar Basin and on to the Kenyan coastal town of Lamu.

The export project remains subject to financing and security guarantees from Kenya, according to Ugandan sources. “Transit fees will be the equivalent or cheaper than what would be charged for alternative routes and cooperation hinges on the project being developed without further delay,” sources added.

Both the governments have also agreed on building a reverse-flow pipeline that will carry imported petroleum products from Kenya’s port of Mombasa through Eldoret to Kampala.