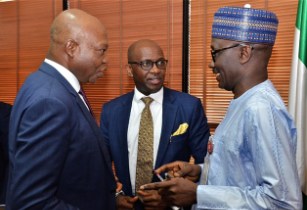 These agreements will boost the federal government’s revenue by US$9bn and generate about 10,000 direct jobs and 40,000 indirect jobs in the country, NLNG said in a statement.

Mele Kyari, group managing director of the Nigerian National Petroleum Corporation (NNPC), has announced that, with the agreement in place, everything had been set aside for the start-up of the project, stressing that the final investment decision on the project would be taken next week.

“NLNG Train 7 is of utmost significance to the country,” Kyari said.

Osagie Okunbor, managing director of Shell, has urged the partners to look beyond Train 7, adding that it was time to move into action.

Patrick Olima, managing director of Total, has also committed the company to making gas available to NLNG and to carrying out other major projects in the country, such as the Egina Project.

Tony Attah, managing director of NLNG, described the event as a great moment for Nigeria, as the supply of gas would help to consolidate Nigeria’s position on the global NLNG market.

However, he called for more action to be taken to get the country to ‘fly on the wing of gas’ in the face of the changing global energy dynamics, adding that NLNG was ready to build more trains if the gas-producing companies could supply the gas needed.