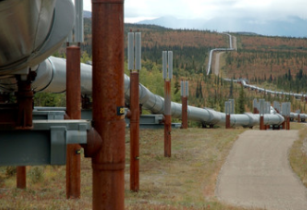 Nigeria also has the region’s highest new build capital expenditure (capex) of around US$35.2bn for the 2018–2022 period. Trans Saharan Gas pipeline is the longest planned pipeline in Nigeria, as well as for Africa. It is expected to start its operations in 2021 with a planned length of 4,400 km.

Soorya Tejomoortula, oil and gas analyst at GlobalData, explained, “Nigeria is focused on expanding its gas pipeline network to transport natural gas from its production centres to power generating stations. The planned pipelines will increase gas utilisation and boost electricity generation in the country.” 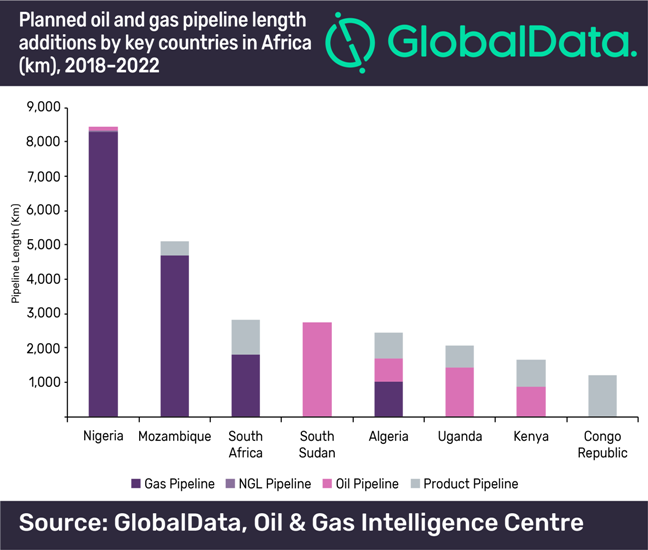 Tejomoortula added, “Mozambique is also focusing on the construction of natural gas pipelines to transport gas from its northern producing centres to southern parts of the country. Mozambique aims to maximize use of its natural resources for power generation. The country is also planning a massive pipeline to export natural gas from Rovuma block to Gauteng, South Africa.”

The three longest planned and announced natural gas pipelines in Africa between 2018 and 2022 are Trans Saharan Gas pipeline, African Renaissance Project pipeline, and Gasnosu pipeline, with lengths of 4,400 km, 2,600 km, and 2,100 km respectively.

The report also states that the three longest planned and announced oil pipelines in the region during the forecast period are South Sudan–Djibouti Oil pipeline, East African Crude Oil (EACOP) pipeline, and South Sudan–Kenya pipeline with lengths of 1,600 km, 1,445 km and 1,135 km respectively.