Nigeria is expected to drive the refinery capacity growth in Africa by 2024, contributing around 71% of the region’s total growth, according to GlobalData, a leading data and analytics company 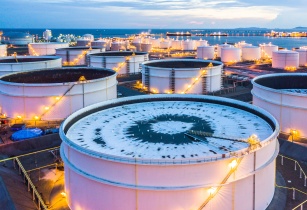 Nigeria is likely to add 1.5 million barrels per day (mmbd) of refinery capacity by 2024.

GlobalData’s report, ‘Refining Industry Outlook in Africa to 2024’, reveals that Africa’s refining capacity is expected to increase by around 55% from 3.7 mmbd in 2020 to 5.8 mmbd by 2024. Of the total capacity additions in the region, two mmbd is expected to come from planned projects. In comparison, the remaining 0.1 mmbd is likely to come from active/operational projects’ expansions.

Amareswari Kanaparthi, oil and gas analyst at GlobalData, commented, “Nigeria will drive the refinery capacity growth in Africa mostly through new-build projects. The capacity additions are mainly from the planned Lagos I project – one of the biggest upcoming oil refineries globally with a capacity of 0.7 mmbd. Along with Lagos I, Akwa Ibom III and Mashi are the major refineries, accounting for most of the capacity additions in the country, with a combined total of 1 mmbd by 2024.”

GlobalData expects Algeria to occupy second place in terms of refinery capacity additions in Africa by 2024. Algeria is expected to contribute roughly 15% of Africa’s capacity growth, adding around 310 thousand barrels per day (mbd) of capacity. The country’s entire capacity additions are from the three planned refineries – Hassi Messaoud III, Biskra and Tiaret. Hassi Messaoud III has a capacity of 110 mbd, while each of the Biskra and Tiaret refineries contribute approximately 100 mbd each.

“Egypt will be the third-highest country in Africa to add roughly 120 mbd by 2024 from a planned project, Assiut II refinery, and expansions of the Alexandria and the Mostorod II refineries,” Kanaparthi concluded.