OPEC+ will not be able to increase output for the rest of 2019: Rystad 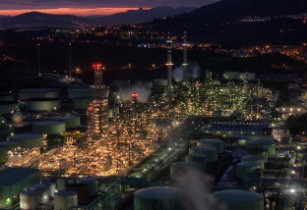 The OPEC+ countries will not be able to increase their collective oil production levels in the second half of 2019 without having a detrimental effect on oil prices, according to oil and gas intelligence firm Rystad Energy

However, Rystad stated that the production cuts required by OPEC+ in order to support prices need not be as much as 1.5mn bpd.

This is contrary to what traditional supply-demand balances suggest, owing to a tight market for medium and heavy barrels and the rapidly approaching shipping fuel changes known as IMO 2020, which are expected to cause an increase in crude demand.

The firm added that disappointing global demand and strong US production growth also weigh on OPEC+’s decision, which may be postponed to early July.

Ahead of the sixth OPEC Ministerial Meeting in Vienna, Austria, Rystad Energy’s chief oil market analyst Bjørnar Tonhaugen, said, “We expect crude demand to accelerate thanks to the upcoming IMO 2020 regulations later this year, and OPEC will likely not have to cut production as much as the call on OPEC suggests.”

“Having said that, there will not be room for the cartel to increase output for the rest of 2019 in our view,” he explained.

“However, due to a current crude quality mismatch in the market, with tight supplies of medium and heavy barrels and a surplus of light, sweet supply, the actual call on OPEC+ barrels, which mostly consist of the former, will not decline by as much as overall global supply-demand figures suggest,” he noted.

The supply-demand forecast by Rystad Energy suggests that the so-called call for OPEC production will decline from the second quarter to the fourth quarter of 2019 by 1.5mn bpd to 29mn bpd.

The Organisation of the Petroleum Exporting Countries (OPEC) plus Russia and several other supportive producers, known as OPEC+, account for almost 49mn of the 84mn bpd of global crude and condensate production expected to be produced on average in 2019.

“We expect non-OPEC+ production to grow by 1.9mn bpd y-o-y in 2019, driven by the continued rise of the US shale industry, whereas global demand is expected to grow only by between 1.1mn and 1.2mn bpd year-on-year,” Tonhaugen remarked.

“In other words, as non-OPEC+ adds more supply than global demand is increasing by, OPEC+ will still be pressured to manage production in order to balance the global market,” he continued.

Rystad forecasts that US oil production will grow by 1.6mn bpd y-o-y in 2019, with monthly production reaching 13.4mn bpd by December 2019.