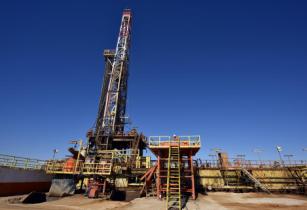 Abdelmoumen Ould Kaddour, CEO of Sonatrach, has stated that the country is required to upgrade its oil and gas industry laws in order to attract international investors

According to Kaddour, an oil and gas law reform can possibly held in increasing the production and offsetting a fall in global oil prices that has reduced the country’s energy revenues.

He said that the Algerian government should update the existing legal framework for strengthening the country’s position amidst a competitive international energy environment.

“We are talking to the government to make it more attractive for investment. I understand that taxes and exploration legal framework need to be changed,” he added.

He further mentioned that Italian Eni and France’s Total are currently negotiating with Algerian government to take over large projects in a number of fields of operation, which include optimisation, petrochemicals and development of solar energy at oil and gas fields.

However, Abdelaziz Bouteflika, the President of Algeria, has expressed concern regarding reforming existing laws relating to the country’s oil and gas industry. He has stated that a move towards amending existing hydrocarbon framework would be a major shift for the country and changing the law could face resistance from conventional law makers who are wary of ending nationalist policies.

In 2016, Algeria held conversation with European Union to discuss ways to improve gas infrastructure investment for the country and its position to supply gas to international marketplace.

Some international companies considered investing in Algeria as a tricky game, due to the strict policy terms, bureaucratic delays and red-flagged security concerns, particularly after low oil prices in global scenario, which has made some projects financially unstable.

This is why the country has recently adopted a flexible approach to retain the interest of the foreign companies to invest there. Algeria has started bilateral negotiations with foreign companies as an alternative to holding bidding rounds for major projects.

Speaking about the need for proper strategy for oil and gas sector, Kaddour said, “I want a strategy for Sonatrach, it never had a strategy before. I will publish shortly what I called Sonatrach 2030, a plan that will show the way for the next decade.”