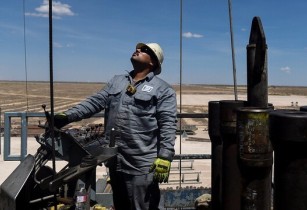 The extension to March 2020 of an oil production cut deal by OPEC to remove of 1.2 mmbbl per day from the market will push Brent crude prices to US$70 per bbl, according to 66 per cent of those polled in GIQ’s monthly Energy Market Survey in July

At its meeting in Vienna in late June, OPEC, with Russia’s backing, announced it would be extending its existing output cut deal for a further nine months. On the policy front, 63 per cent of GIQ respondents said Saudi Arabia had greater influence than Russia on OPEC and non-OPEC’s (also known as OPEC+) supply policy.

Prices have averaged US$63.92 per bbl during July, similar to the range witnessed during the first quarter of this year. Brent crude prices hit the low US$70s per bbl for a brief period during April but then fell below US$70 per bbl for the remainder of the second quarter.

This was despite the re-imposition of US sanctions on Iranian oil exports and heightened geopolitical tensions in the Gulf. Weaker global economic growth forecasts and the ongoing trade spat between China, and the US are seen to be dampening demand sentiment.

More than a third of GIQ respondents (77 per cent) said that increases in shale oil production – notably from the US – would continue to undermine the OPEC+ group’s efforts to reduce global inventories.

In its July Oil Market Report, the International Energy Agency (IEA) highlighted that OECD commercial stocks increased in May stood at 6.7 mmbbl above the five-year average and that a global surplus of 0.5mn bbl per day was registered in the second quarter, versus expectations of a deficit of the same volume for the period.

The IEA report published an expectation of a 2.1 mmbbl per day expansion in non-OPEC supply in 2020, led by US shale, versus a 2mn b/d expansion this year. Huge stock builds in the second half of 2018 caught the market off guard as global oil demand faltered last year. The picture does not seem to be shifting.

The tanker standoff since early July in the Strait of Hormuz between Iran, the UK, Washington and others, will likely get worse before it gets better, said 70 per cent of GIQ respondents. The proxy campaign was attributed by many to have been triggered by the re-imposition of US sanctions on Iran.

The US unilaterally withdrew last year from a 2015 nuclear proliferation deal reached between Iran and the international community. Under the deal, US sanctions had been lifted, allowing Iran to renew international oil trading in return for it agreeing not to enrich uranium.