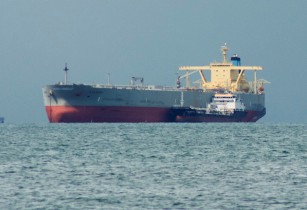 In 2018, oil reserves increased slightly (+ 0.4 per cent), mainly due to growth in the US, according to Eni’s 18th edition of the World Oil, Gas and Renewables Review, the annual statistics report on oil, natural gas and renewable sources

Reserves have also increased in Brazil and Norway. The Organisation of the Petroleum Exporting Countries slowed down, in particular for the downsizing of Iraq, even if the OPEC confirms its predominance with a 73 per cent share of the total world.

Among the top reserve holders, Venezuela is in first position, followed by Saudi Arabia and Canada.

Oil production in 2018 recorded an overall growth of 2.5 mmbbl per day, 88 per cent due to the US hitting a new record, consolidating the top position in the rank of world producers. The US also broke into international crude trade, doubling export volumes and entering the top 10 ranks.

Canada exceeded the threshold of five mmbbl per day and a record for Russia as well, which accelerated in the second part of the year. Zero growth instead for OPEC, which suffered losses due to sanctions against Iran (-0.2 mmbbl per day) and the collapse of Venezuela (-0.6 mmbbl per day), despite increases in the Gulf countries especially Saudi Arabia.

The new record of tight oil production continued to increase the share of sweet light crudes worldwide, which rose above 20 per cent. Only WTI, the US light crude, covers 60 per cent of global growth. The collapse of Venezuela and Mexico and Iran’s retreat prevailed over increases in Saudi Arabia and Iraq, reducing the weight of medium sour crude oil for the first time below 40 per cent, with impacts on price differentials and refining.

For the first time in the 2018 regional crude oil balance, America’s deficit is cleared, which in the last decade has exceeded even five mmbbl per day. The rise in US production and the growth of Canada far outweighed domestic demand, resulting in a sharp decline in North American oil dependence.

The surplus in the Middle East is slightly higher due to year-end increases in large producers such as Saudi Arabia, Iraq, and the UAE. Asia Pacific’s oil dependency continues to grow, ranking first in terms of deficit.

Global demand for oil grew by 1.4 per cent, slightly lower than in 2017 (+ 1.6 per cent) in the context of rising oil prices. Growth is slightly below the 2013-2017 five-year average of 1.7 per cent. OECD gave positive support to global growth for the fourth year in a row, but non-OECD maintained the dominant share, accounting for 69 per cent of overall growth.

Asia continues to lead global capacity growth in refining with 77 per cent of the one mmbbl daily increase compared to 2017. A minor cut in Africa reduced capacity by about 0.3 mmbbl per day.

The OPEC and non-OPEC alliance and sustained consumption growth led to a 30 per cent increase in the price of ICE Brent (US$72/b) compared to 2017 (US$55/b). In the first part of the year, a rising price curve supported by the high OPEC+ discipline and the announcement of US sanctions against Iran.

The year ended in a sharp decline due to increases in Saudi Arabia and Russia production in excess of geopolitical losses and growing fears of a slowdown in economic growth.