Zambia to get a new oil refinery in 2016 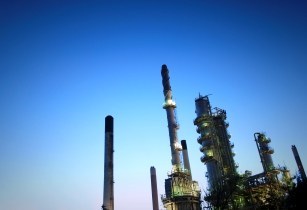 Australia’s Maysen and Borowski Claymont Joint Venture (MBCJV) and Phoenix Materials and Constructing Company have signed a joint venture (JV) to build an oil refinery worth US$1.6bn in Zambia

The construction of Bwana Mkubwa Oil Refinery will begin in 2016 with a capacity to process about five million metric tonnes of oil annually, the JV statement said.

It will be situated at the Sub-Sahara Gemstone Exchange (SGE) Industrial Park in Ndola, Copperbelt.

Kamwi added that the new plant will be fed with crude oil through a new pipeline that will be built alongside the 1,800km Tazama pipeline.

The new refinery, which is expected to stimulate the growth of other auxiliary industries, will also include the development of commercial entities, warehousing, dry port, container depot, a skills training centre, houses and a green space.

The project will also include developing two new exporting lines to the DR Congo and Tanzania to provide efficient regional distribution of refined oil products.

”Last year, the government gave approval to conduct a bankable feasibility study. The group will spend close to US$3mn this year in completing the study. The project is being developed in cooperation with a number of companies, including Samsung Engineering of South Korea,” Kamwi said.