Mixed fortunes for oil and gas in Nigeria 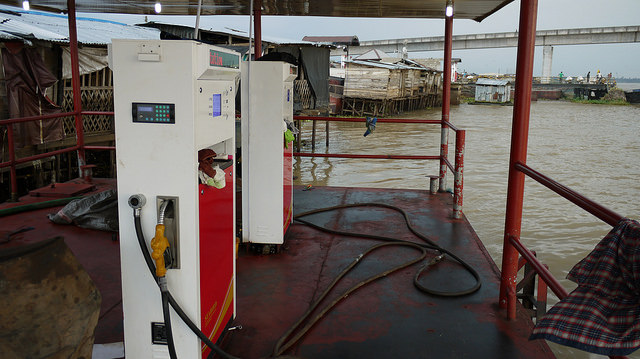 It has been a week of mixed fortunes for the Nigerian oil and gas industry, with crude oil exports set to rise but gas operations continue to be hampered by vandalism

Figures released this week on crude oil exports reveal that am increase is expected in March. Several grades are set to increase exports, including Bonga, Bonny Light, Brass River, Escravos and Forcados, according to early loading programmes. ENI has lifted its force majeure on Brass River crude and Shell has reopened the Trans Niger pipeline, which carroes Bonny Light to the export terminal.

Scheduled exports for March already include 62 cargoes, compared with 59 scheduled for February. Strong margins for end products, such as gasoline and naphtha, have helped move Nigerian crudes quickly.

However, the news is not good for the gas industry with widespread condemnation over ongoing attacks on on pipelines. Last week, the Federal Ministry of Power, Works and Housing, revealed that the attack on the Nigeria Gas Company's pipeline connected to Chevron Nigeria's Escarvos facility has negatively impacted on the Olorunsogo NIPP Plant, as well as other power plants. A statement from the ministry said that the damage to pipelines is costing Nigeria $400,000 per day. Repairs to the latest damaged pipeline are estimated to cost more than $600,000.

The Nigerian Labour Congress also condemned the vandalism with NLC president, Ayuba Wabba telling the News Agency of Nigeria that such incidents "should not be allowed to happen in a civilised society."