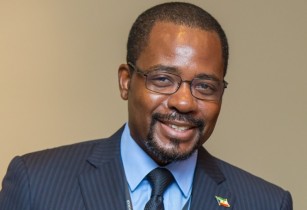 Hydrocarbons are high on the agenda for the first-ever Equatorial Guinea-Saudi Arabia Economic Forum, which will take place on 10 May 2017

The forum, to be held in the Saudi Arabian city of Jeddah, has been organised by the Ministry of Mines and Hydrocarbons of Equatorial Guinea, with the participation of the Centurion Law Group and Africa Oil & Power. Equatorial Guinea's Minister of Mines and Hydrocarbons, Gabriel Mbanga Obiang Lima will give a presentation on important projects taking place in the petroleum sector. Identifying investment opportunities and bolstering trade ties between the two countries are the two main aims of the summit.

Agriculture and fisheries, two industries which rely heavily on access to energy, will also be discussed at the forum.

Equatorial Guinea is one of Africa's largest oil producers, with oil and gas exports central to the country's economic growth. The west African country has estimated oil reserves of 1.1bn barrels. While oil and gas production has declined in recent years, new discoveries have given the industry a boost. A final investment decision is expected soon on the Fortuna FLNG development, with the field estimated to hold around 1.3tcf in gas reserves. First gas is planned for 2020.