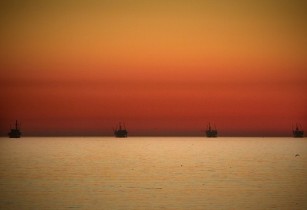 With Africa Oil Week (AOW) in Cape Town in its 26th year, this year’s event from 4-8 November is set to feature for the first time a day-long ‘South African Showcase,’ highlighting South Africa-specific developments in past few months

Some of these include:

· The country’s energy crisis, with power utility Eskom at its centre

· In just the past few days, Minister Mantashe’s announcement that work has begun of drafting oil and gas legislation

It is hoped that Western Cape Premier Alan Winde, a vocal proponent of gas-to-energy for South Africa, will open the showcase on 5 November and that Minister Mantashe will speak.

On record as saying, soon after assuming his dual portfolio, that all options from coal to renewables were on the table as part of South Africa’s future energy mix, the minister could use this particular platform to expand on the envisaged role of oil and gas.

The opening session of the South African Showcase, titled Charting a Successful Way Forward for South Africa’s Oil and Gas Sector, will set out how the energy sector can commit to President Cyril Ramaphosa’s recently stated goal of attracting US$100bn worth of investments and how the country could develop both as a key upstream player and a regional hub.

Niall Kramer, CEO of the South African Oil and Gas Alliance (SAOGA), will moderate two-panel discussions during the day. One will explore the potential for the development of South Africa’s unconventional energy industry in the context of the Government’s Integrated Resource Plan for electricity. The other, on local content and procurement, will address, amongst other issues, how South African service-providers can improve their competitiveness in tenders for international projects.

Gas to power potential across South Africa – highly topical in the context of the growing coal to cleaner energy conversion debate locally – will be the focus of another session and, in a feature tagged Prospect Showcase, PetroSA and Petroleum Agency South Africa representatives will give presentations on the hottest farm-out opportunities both onshore and offshore South Africa.

Then there will be talks on four of South Africa’s top energy projects – for example, the Saldanha Bay Industrial Development Zone (IDZ), on which Acting CEO Kaashifah Beukes will provide an update. Earlier this year, Former Trade and Industry Minister Rob Davies reported Saldanha Bay IDZ’s development as a ‘maritime and offshore hub,’ having attracted investments worth more than US$210mn from both international and South African investors.