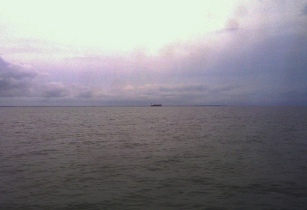 “Gas is the new oil for Africa,” said Peter Elliott, director of NVentures. He said that exploration is essential both North and East Africa’s gas basins are showing great promise, while West Africa is experiencing “a challenging time”. He added that more exploration in Angola and the Gulf of Guinea “has to happen”.

Urging African hydrocarbons players to “embrace gas” along the entire value chain, Mr Elliott said that developing gas reserves will also have CSR and environmental benefits in terms of job creation and as the cleanest burning fossil fuel.

Helium could prove to be the wildcard commodity with prices hovering above US$100 per 1,000 cubic feet. Dr Peter Dolan, an independent explorer and investor with Dolan & Associates, cited Helium One as an example of how African companies can potentially profit from the development of helium from gas reserves. He said that in Tanzania “gas with high helium in surface seeps” is present and, while it is “early days”, it is a gas that is increasing in demand.

Bruce Byrd, geologist and head geophysicist for Rhino Resources, also mentioned the potential of helium, which has been discovered in South Africa’s Karoo Basin.

Mike Lakin, director of Envoi, a company that specialises in upstream acquisition and divestment and consultancy to the oil and gas industry, told the conference that “geologists are vital”. He said that “short-termism”, in particular “the difference between industry and investor expectation”, and the “knowledge loss” in which the industry is losing experienced technical staff and they need to be replaced in order for exploration to continue.

Olalekan Akinyanmi, CEO of Lekoil, said that “money, assets and people” are the three factors that are imperative to his company’s success in Nigeria. In regard to the “people” part of the equation, he told the conference that Lekoil needs “people with a deep understanding of geology”. He referred to the company’s in-house training for geology - “the almost-lost arts” - so that Lekoil “keeps that knowledge”.