Somalia keen to showcase its untapped potential to the world 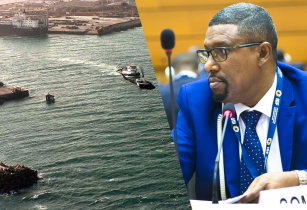 Ahmed will use the AOW to present the vision and objectives of the Somali national oil and gas sector in front of financiers and operators.

“This year is a landmark in the development of Somalia’s natural resources…the ministry has worked successfully with the federal member states to create an equitable and transparent framework to develop natural resources for the greater good of Somalia,” he added.

Somalia is expected to honour most legacy contracts. An agreement has already been reached with Shell and ExxonMobil to settle rental fee payments for offshore blocks (part of a dormant joint venture). However, it does not appear that either company is rushing back to the country, with Shell stating that “the payment does not affect force majeure status, which remains in place”.

Despite this, Ahmed has reason to hope that investment will begin to flow into Somalia.

Moreover, recent oil discoveries in Uganda, and massive gas discoveries offshore Tanzania and Mozambique, mean that oil companies have flocked to East Africa in recent years – Somalia could well become a beneficiary of this trend.

Paul Sinclair, the summit’s director of government relations, commented, “We are working closely with the minister to ensure that the global private sector benefits from exclusive opportunities going live in a Somali National Showcase at Africa Oil Week.”