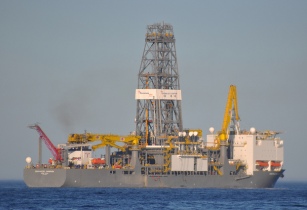 NJ Ayuk, the chamber’s executive chairman, said, “The implementation of Equatorial Guinea’s one-stop shop allows companies to set up a business in Equatorial Guinea in only one week, putting the country at par with global standards.”

“For the AEC and the oil industry, it is important to encourage men and women who find opportunities, have ideas of innovative services and unavailable products, those who have the courage to deploy capital, accept risk, and make it happen,” he added.

The AEC stated that while the Central African country benefits from reasonably good infrastructure, investors have traditionally been timid to set up shops in the country, given its excessive bureaucracy and regulations that are sometimes seen as unfavourable to businesses.

The government recognises that it has an enormous task to foster an environment in which investors and small and medium-sized enterprises can succeed, it added. The government’s ongoing efforts to implement sound and efficient business regulations will be critical for entrepreneurship and a thriving private sector.

The chamber has extended its heartfelt congratulations to the Ministry of Finance, Economy and Planning of Equatorial Guinea for taking positive steps towards reforming its business environment as it enters its Year of Energy, which will see Malabo host a series of global road shows and international summits, with the exception of attracting billions of investments in the country.

In addition, the third National Economic Conference will also be held in Equatorial Guinea this year.

Under the Year of Energy programme, the country will host the APPO Cape VII Congress and Exhibition from 1- 5 April, organised by Africa Oil & Power, and the fifth Gas Summit of the Gas Exporting Countries Forum in November, the first to be held on the African continent.