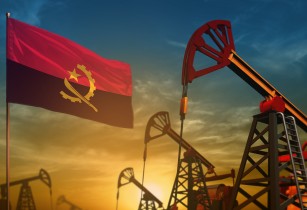 The second edition of the Angola Oil & Gas (AOG) Conference will be held from 9-10 September 2021, as the exclusive energy conference of Angola

The new dates come after Angola’s Ministry of Mineral Resources, Petroleum and Gas (MIREMPET) – together with event organiser Energy Capital & Power (ECP) – postponed the event from last June in the interest of public safety.

Under the theme, “Angola Oil & Gas: The Roadmap to Regeneration and Growth,” AOG 2021 will serve as the focal point of Angola’s ambitious investment drive, as the country seeks to reverse its declining output, boost proven reserves and renew commitments from international oil companies operating in the country – which include Eni, BP, ExxonMobil, Chevron and Total – while attracting new entrants to the market.

As in the 2019 edition of Angola Oil & Gas, where HE President João Manuel Gonçalves Lourenço endorsed and opened the event, the high-level 2021 gathering will unite C-suite executives and private sector players with government leaders, regulators and state companies. Angola Oil & Gas 2021 will feature keynotes, panel discussions and one-on-one investor matchmaking, while adhering to strict health and safety protocols.

“We are honored to receive the support and endorsement of the Ministry and the ANPG in positioning AOG 2021 as Angola’s premier deal-making destination,” said Kelly-Ann Mealia, chairperson of ECP. “With Angola’s post-COVID-19 recovery already underway, the next 12-18 months will see new entrants sign up to the market and large-scale energy projects propel forward, fueled by a clean energy transition, rising power demand and a push for economic diversification. Investors will want to be in Angola – sub-Saharan Africa’s second-largest producer – when that happens.”

ECP is also excited to announce the launch of its Africa Energy Series: Angola 2021 investment report and documentary, as part of a multimedia campaign set to shape the country’s energy narrative. The dual-language publication will target key developments driving a post-COVID-19 recovery in Angola – namely, a heightened exploration drive, gas monetization initiatives, solar and wind renewable projects and the creation of downstream industries, including refining, petrochemicals and associated infrastructure.