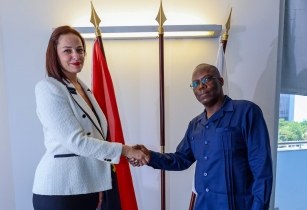 In partnership with the Ministry of Petroleum and Mineral Resources of Angola, AOG 2022 will take place in Luanda on 29-30 November and 1 December 2022.

As the country’s national concessionaire and the exclusive holder of mineral rights for oil and gas exploration and production, the ANPG is focused on accelerating E&P activity with the aim of enhancing energy security and competitiveness.

In addition to oil and gas, the ANPG is also actively working to expand the country’s biofuels sector to support the ongoing transition to cleaner sources of energy and decrease Angola´s reliance on fossil fuels. By developing the biofuels sector and promoting sub-sector opportunities such as gas-to-power, the ANPG is committed to a clean energy future in Angola.

“This new partnership between ANPG and ECP will undoubtedly improve upon our existing collaboration and have an important impact in defining the priority topics of discussion that are currently driving the industry's growth to be showcased at Angola Oil & Gas 2022, as well as strengthening alignment on the technical side regarding the high-level event's potential to promote Angola's oil blocks to international investors,” stated Paulino Jerónimo, president of the board of ANPG.

ECP managing director Laila Bastati noted, “The country is undoubtedly one of the most important destinations for oil and gas exploration and production given its strategic importance as the second-largest oil and gas producer on the continent. As partners, ECP and ANPG will continue working together to promote Angola's energy assets and further drive energy development and new investment into the country´s E&P industry.”