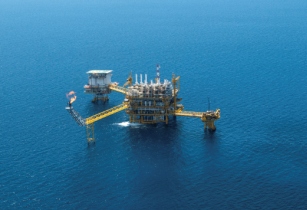 OMNIS, in partnership with Africa Oil Week, TGS and BGP, has announced a licensing round in Madagascar, which will be launched at Africa Oil Week from 5-9 November 2018

The bidding round continues to highlight the importance of the Oil Week and the fact that it continues to drive new business opportunities for exploration companies in Africa. Paul Sinclair, conference director, added, “The Madagascar bidding round offers a level of excitement that we have never experienced before at the Oil Week. On top of the 15 confirmed ministers who will lead delegations to Africa Oil Week, we now have a partnership with the Government of Madagascar, TGS and BGP to host what is clearly one of the most exciting rounds on the continent since Cote d`Ivoire bidding round in 2017.”

Exploration in Madagascar began in the early 20th century with the discovery of heavy oil-rich sedimentary basins in the west, however, this frontier region remains relatively under-explored. The Island shares a maritime boundary with Mozambique, which is in the same oil province where large quantities of natural gas have been discovered. Studies conducted in collaboration with TGS and BGP have resulted in new data that suggest there is significant potential for future discoveries both on and offshore.

“With the aim of intensifying offshore exploration activities, we are delighted to announce that OMNIS will be inviting investment from interested parties, during a licensing round to start in November 2018. We are working together with TGS and BGP to create an attractive environment for exploration in the offshore, and we are confident that this will signal the start of renewed investment for the upstream oil sector in Madagascar,” Voahangy Nirina Radarson, general manager of OMNIS commented.