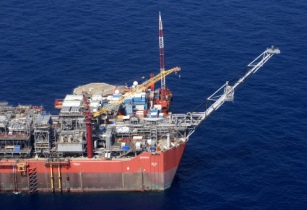 Two leading analysts for Rystad Energy, Espen Erlingsen and Audun Martinsen, named Mozambique and Tanzania as the two countries expected to lead the way in African hydrocarbons growth in the coming years

Erlingsen and Martinsen were addressing a client briefing session in London when they made this statement, along with the prediction that by 2017, oil prices will have risen to US$80 a barrel. On a global level, Africa was named by Erlingsen, Rystad Energy’s VP Analysis, as the continent with the largest oil and gas discoveries, along with South America.

Martinsen said that growth in the west African oil countries was “disappointing” with no big developments planned and big players, such as Total and Shell, conserving cash. However, he said that in 2016, Mozambique and Tanzania will be the countries to watch with big gas projects expected to come online in 2016.

Offshore projects, such as Coral in Mozambique, Bonga in Nigeria, Zohr in Egypt, and SNE in Senegal, are also expected to be sources of growth, according to Martinsen. He added that NIgeria’s prospects will be closely monitored in light of a new government coming to power after the March elections.