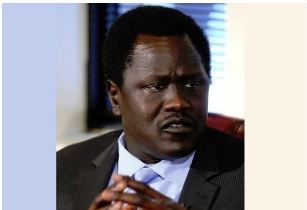 South Sudan’s petroleum minister, His Excellency Ezekiel Lol Gatkuoth told Oil Review Africa that the new nation is open for investment in oil and gas exploration, as well as other sectors of the fledgling economy

In an interview at the APPO Cape VII conference in Malabo, he said Blocks B1 and B2 are open. This follows the government terminating contracts with Total and Tullow in 2017. The terms of the new contracts are expected to include a duration of three to five years (a 12-year contract demand was a sticking point on earlier contracts), as well as a cost recovery limit set between 49 and 51 per cent.

As well as seeking investors keen to explore the blocks, Mr Gatkuoth said South Sudan is encouraging service companies to bid for tenders and is seeking investment in a new pipeline project. Currently, the only pipeline runs through neighbouring South Sudan with a capacity of 500,000 bpd. A second pipeline would not only boost capacity but would offer a more direct route for oil to port for the export market.

For now, the major investors in South Sudan are Chinese companies. Mr Gatkuoth cited the example of Shendong High Speed, which is responsible for building road infrastructure as part of China’s ambitious Belt & Road project. The payment for this road construction project is in crude oil which is purchased by a Chinese offtaker which pays Shendong directly.

Gas-to-power is another sector which Mr Gatkuoth hopes will attract investment for development so that gas does not have to be flared. Downstream development, such as refineries and petrochemicals could provide further opportunities at a later stage.

Mr Gatkuoth vowed at the conference that South Sudanese production would increase, with short-term ambitions of producing up to 45,000 bpd. He said that while South Sudan is the only East African oil-producing country, current low production levels are not enough to meet domestic needs.

In the coming weeks, plans are afoot for an international roadshow aimed at attracting foreign investment, with the UAE and US as two strategic stops along the way. Despite the political climate in the US, Mr Gatkuoth said South Sudan “has a lot of American friends” and he is optimistic about the prospect of drawing in American companies. As well as oil and gas, the roadshow will showcase opportunities in other sectors, such as agriculture.

In a passionate address to delegates at APPO Cape VII, the minister said that 1.2 billion Africans represents a big opportunity but “Africans must stop blaming themselves ... we need to lead so the young will follow.”