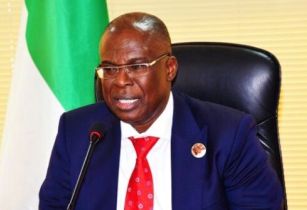 HE chief Timipre Sylva, minister of State for Petroleum of Nigeria, has confirmed his attendance at African Energy Week (AEW) 2021, on the back of several VIP confirmations, taking place from 9-12 November in Cape Town, South Africa

H.E. Minister Sylva has played a pivotal role in not only facilitating investments into the Nigerian oil and gas sector, but also positioning natural gas at the forefront of the country’s energy agenda. The Federal Government launched its ‘Decade of Gas’ initiative, under the theme ‘Towards a gas-powered economy by 2030,’ in conjunction with its National Gas Expansion Programme, aimed at bolstering gas development for domestic use and industrialisation.

Nigeria’s ‘Decade of Gas’ initiative succeeds the 2020 ‘Year of Gas’ declaration, which launched a range of projects, including the US$2.8bn, 614Km Ajaokuta-Kaduna-Kano (AKK) pipeline connecting the eastern, western, and northern regions of the country, as well as the construction of US$10bn Nigeria LNG train 7.

The Federal government has also reaffirmed its stance on funding for gas and fossil fuel projects in Nigeria and has highlighted that funding for these crucial projects should be sustained during the global transition to net-zero emissions.

Nigeria’s Petroleum Industry Bill (PIB) is set to be passed by in July. This important legislation seeks to ensure an increased level of transparency and accountability in the sector and overhaul the Nigerian oil industry, while offering new fiscal incentives to investors and while restructuring the way energy projects in Africa’s largest crude producer are operated and funded.

The government expects additional marginal field production to begin next year, following its second marginal field bid round which was hosted by the DPR in 2020, whereby 591 companies applied to win 57 oil fields located onshore and offshore. The new activity is expected to generate revenue of US$600mn.

With key topics including making energy poverty history before 2030 and the future of the African oil and gas industry ­ the four-day AEW 2021 event will define and promote the African energy agenda through a series of elite networking events, innovative exhibitions, and one-on-one deal-making.

AEW 2021 has gained confirmation of attendance from a line-up of government officials, top executives and industry leaders across the African energy value chain, including two of the top oil producers on the continent - as it pioneers a reputation for promoting Africa as the destination for African-focused events and elevating African voices within the energy transition.