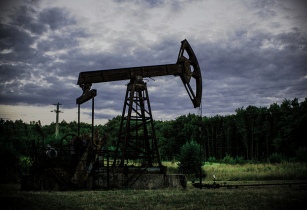 Many lively oil wells are only slightly producing wells converted to artificial lift. In fact, the portion of wells using mechanical lifts is so high, many wells on multiple leases utilise pumping units

Why? Because mechanical lifts are reliable and straightforward to run. Therefore, the majority of lease pumpers favor this method over all other types of artificial lift systems.

To understand more about the maintenance and services required for these dependable devices, operators should understand these basic pumping unit fundamentals.

Wells using electric prime motor mechanical lifts are easy to operate and programme. Generally, in electrical control setups the power line will carry the electrical energy to an area close to the site, but away from the guy line location. Usually an underground power line with a mounted fuse pane.

Many locations utilise a second electrical panel, which is typically equipped with an on/off switch, automatic control box, and is placed on a post. Lease pumpers should be able to comprehend how to run the components and identify issues that could occur.

Natural gas engine mechanical lifts are fairly dissimilar from electrical prime motor units. This is particularly true for wells using the gas from the well for its fuel supply.

With these conditions, lease pumpers need to vent the gas within the well not being utilised for fuel in order to sustain the formation backpressure. The goal is to be as close to zero as possible.

In most cases, lease pumpers are on site each day for eight hours or less. In situations where workers utilise manual controls, only a limited amount of schedules are available for pumping. While a pumping unit can operate 24/7, it won’t always result in higher oil production.

Another option for lease pumpers is to turn on the pumping unit right before they leave, while shutting it down once they arrive the following day. This results in roughly 16 hours of operations, and can cause lower overall oil production.

The last option is to run the unit throughout normal business hours. During this timeframe, the lease pumper can utilise multiple scheduling options.

However, the most capable approach is for the lease pumper to utilise an engine controlled approach. This approach permits the engine to operate automatically without anyone having to be present.

Engines provide options not available for electric motors. For instance, by setting the controls, the pumping unit can be positioned to tag the bottom within as close as one inch.However, if the pump is unable to pump oil, raising the engine RPM will cause the rod to stretch and the device to tag the bottom.

After the pump has re-established operations, the worker can fine-tune the RPM to avert issues with tapping the bottom. In order for the best possible operation reliability, the pumping unit engine must be modified accurately. When workers do not use a proper maintenance schedule, it can end in a production loss, as well as add additional responsibilities to the worker’s already hectic schedule.

This is an abridged version of an article from Greasebook Oil and Gas Production Software. To read the full article, log on to www.greasebook.com/oil-and-gas-production-software/