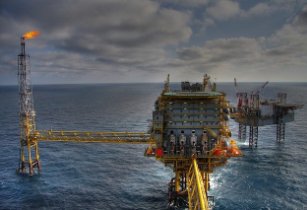 Africa Oil Corp has a 31.10% shareholding in Impact, a privately owned exploration company with a strategic focus on large scale, mid to deep water plays of sufficient materiality to be of interest to major companies. Impact has an asset base across the offshore margins of Southern and West Africa.

Impact has entered into an agreement with BG International Limited, a wholly owned subsidiary of Royal Dutch Shell plc for the farm-out of a 50% working interest and operatorship in the Transkei & Algoa exploration right, offshore South Africa.

Under the terms of the farm-out agreement, Shell will acquire a 50% working interest in the Transkei and Algoa blocks and operatorship. Shell has also been granted the option to acquire an additional 5% working interest should the joint venture elect to move into the Third Renewal Period, which is expected to be approximately 2024.

Siraj Ahmed, CEO of Impact Oil & Gas, commented, “We are delighted to have secured a farm-out partner of Shell's calibre, highlighting the significant value potential of our exceptional South African exploration portfolio. Shell joins the Transkei & Algoa licence at a very exciting time for exploration drilling in South Africa. They bring substantial exploration expertise, with particular understanding of the potential offshore South Africa , and an agreed strategy to accelerate the work programme to build upon the considerable work already undertaken by Impact and the previous JV partnership.”

While part of the same licence, the Transkei & Algoa blocks have different geological settings. Algoa is situated in the South Outeniqua Basin, a short distance east of Block 11B / 12B , containing the Brulpadda gas condensate discovery and where Total has recently announced a further significant gas condensate discovery, following the successful drilling of the Luiperd-1X exploration well, which it is currently testing. Impact and Shell plan to acquire over 6,000 sq km of 3D seismic data during the first available seismic window following completion of the transaction. This window is expected to be in the first quarter of 2022.

Closing of the transaction is subject to customary conditions, including the approval of the Government of South Africa. The participating interests in the Transkei and Algoa blocks following completion of the farm-out by Impact will be as follows: Shell (operator), 50% and Impact, 50%.

Impact Africa Ltd has also entered into an agreement with Silver Wave Energy Pte Ltd for the farm-in of a 90% working interest and operatorship of Area 2, offshore South Africa. Under the terms of the farm-out agreement, Impact will acquire a 90% working interest and operatorship in Area 2, offshore South Africa. Being immediately east and adjacent to Impact's Transkei & Algoa blocks, Area 2 complements Impact's existing position by extending the entire length of the ultra-deep-water part of the Transkei margin.