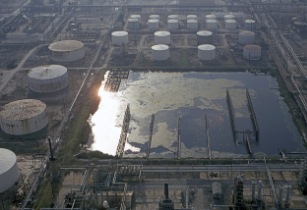 Aminex Plc, operator of the Ruvuma petroleum sharing agreement (Ruvuma PSA) in Tanzania, has confirmed a material increase in the estimates of gas initially in place (GIIP) in the Ntorya appraisal area, said the resource investment company Solo

Solo, which holds 25 per cent share of the Ruvuma PSA, said that Aminex has upgraded the unrisked resource estimates from 466 bcf to approximately 1,344 bcf.

The three-fold increase from the estimate was issued in April 2017. It was provided after the Ntorya-2 well and was based on ongoing technical work which included data from the Ntorya-2 appraisal well and re-evaluation of existing seismic data at the Ruvuma basin.

The results of the additional work and the Ntorya-2 well have led to nearly an overall ten-fold increase in the estimated in place resources in the Ntorya gas-condensate field as compared to the estimates made following the original discovery well Ntorya-1.

Based on this recent work, Solo now holds net resources of approximately 335 bcf within its 25 per cent interest, which makes an equivalent of 35mn barrels oil, said the company.

Neil Ritson, executive chairman of Solo, said, “The updated modelling, mapping, and corresponding resource numbers continue to confirm that the Ruvuma Basin is a major resource for Solo and its partner, Aminex, and is of significant national importance to Tanzania. We and Aminex are working with the TPDC on an optimal development plan to begin the Ntorya Field into production as quickly as possible."

Solo estimates only cover the Ntorya appraisal area and do not include the potential of the adjoining exploration acreage. Aminex, on behalf of the Ruvuma PSA, is in the process of engaging an independent third party auditor to prepare an updated reserves and resource report for the Ruvuma PSA.