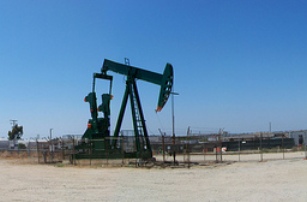 A report by the Organisation of Petroleum Exporting Countries (OPEC) has revealed that Angolan oil production increased again in April, overtaking Nigeria

According to the report in early May, Angola’s daily output increased in April compared to March by 17,800 barrels of oil to reach 1.788 mnbl, while Nigerian production dropped by 56,800 barrels to 1.637 mnbl.

The Nigerian oil minister Emmanuel Ibe Kachikwu has announced that oil production in the country had fallen nearly 40 per cent to 1.4mn bpd. Attacks on energy infrastructure by militants in the Delta region is cited as the reason for this decline. According to traders crude alone was down to just over 1mn bpd, with condensates bringing the total close to 1.4mn. Production of Nigeria's Bonny Light, Escravos and Forcados has been reported to be lower than planned due to militant attacks.

Kachikwu said the government will try to engage with people in the areas and resolve the situation.

Angola plans to export 1.74mn bpd in July on 56 cargoes, up from June's planned 53 cargoes of 1.7mn bpd, reported Reuters.