Angola to levy 10 per cent tax on oil companies 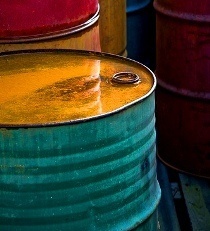 According to a Bloomberg report, a presidential decree shows that companies will soon have to follow a new tax schedule that imposes a five per cent charge on most services and supplies, and a 10 per cent tax on equipment rentals.

In 2010, Angola set up a special tax reform branch to increase revenue and close loopholes in the system, aimed at simplifying taxation rules. The southwest African country, a member of the Organisation of Petroleum Exporting Countries (OPEC), pumped about 1.74mn bpd in September 2013 from offshore fields, according to data compiled by Bloomberg.

Angola’s special tax reform branch director, Gilberto Luther, said that by 2017 a value-added tax on finished products and services will replace the consumption tax that’s charged for each stage of manufacturing and the new levy will cut the cascading effect of the current tax.

Organisations GlobalData Limited and Oilfield Support Angola have estimated that companies in Angola spend about US$20bn each year for petroleum exploration and production.

BP, ConocoPhillips and Statoil ASA are some of the oil explorers investing at least $3bn each in wells off Angola in 2014.