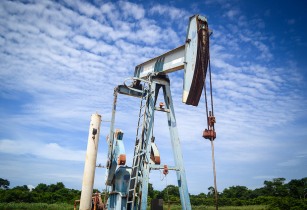 The end-of-mission report by International Monetary Fund (IMF) Article IV consultation team in Angola states that output growth in the country will pick up by 1.25 per cent in 2017

The IMF team led by Ricardo Velloso has completed its visit to Luanda to conduct discussions for the 2016 Article IV consultation. The end-of-mission report by the team projects that output growth will pick up by 1.25 per cent, compared to no growth this year, reflecting a recovery in the non-oil sector due to a planned increase in public spending and improved terms-of-trade.

Speaking at the conclusion of the mission Velloso said, “The Angolan economy has been severely affected by the sharp and long-lasting decline in oil prices that started in 2014. Fiscal revenue and exports fell substantially, economic growth came to a halt, and inflation accelerated sharply to levels not seen in over a decade. This has brought to the forefront the need to address more forcefully the dependence on oil, diversify the economy, and reduce vulnerabilities.”

He pointed out that although the authorities have taken several steps to alleviate the impact of the decline in oil prices, including the devaluation of the kwanza vis-à-vis the US dollar, additional policy actions are required to continue adjusting to the shifts in international oil markets.

The report states that the annual inflation is projected to reach 45 per cent by year-end before declining to 20 per cent next year, with tight monetary conditions and a stable kwanza supporting disinflation. Over the medium term, the outlook is for a gradual recovery in economic activity, but risks are also predicted, including a further decline in oil prices and delays in implementing the needed structural reforms to promote economic diversification.

According to the report, that the government’s actions to control public spending partially offset the impact of lower oil prices, and the overall fiscal deficit is expected to be about 4.0 per cent of GDP in 2016. Public debt, however, is projected to exceed 70 per cent of GDP by end-2016, reflecting the depreciation of the exchange rate in addition to the fiscal deficit.