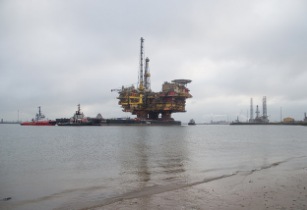 Cairn Energy has published half-yearly results for six months ended 30 June 2017, emphasising that it continues to deliver progress in Senegal where planning work has commenced on the phased development of the world class SNE field

Cairn said that in the North Sea, Kraken has commenced production and Catcher is scheduled for first oil by the end of 2017.

In Senegal, Cairn is targeting for phased development of SNE field, with production rates of 75,000-125,000 bopd with the first oil planned 2021-2023. Cairn has estimated up to 25 wells planned in initial development phase, targeting approximatety 240 mmbbls principally in S500 lower reservoir.

The production at Kraken has been commenced in Q2 2017. Catcher is targeting first oil by year end 2017 with FPSO well advanced in Singapore. Skarfjell is targeting FID in H1 2018.

The company said that it is planning subsequent development phases to target resource base in S400 upper reservoir in the country.

Cairn further revealed that it is also planning evaluation report and exploitation plan submission to government of Senegal in 2018 for final investment decision (FID) before end of 2018.

The evaluation of potential further exploration opportunities is underway, including in the shallower water Rufisque block.

The company has further acquired new licences in three countries such as Norway, Ireland and Mexico in 2017, with drilling expected in 2018-2020.

Cairn’s reserves based lending (RBL) bank facility remains undrawn with expected peak availability of US$350mn-US$400mn and about US$210mn at the end of 2017. The company has received FlowStream US$75mn cash in H1 2017.

Following the merger of Cairn India Limited (CIL) and Vedanta Limited (VL), Cairn holds about five per cent of VL, which is valued at US$824mn.