The Comoros Islands, located in the Indian Ocean between the Mozambique coastline and Madagascar, could be among the new "elephant" oil and gas discoveries for Africa 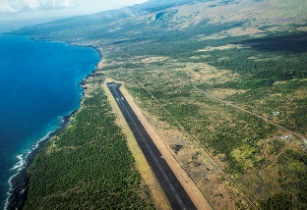 New discoveries could be a win for the Comoros Islands. (Image Source: Ollivier Girard/EIF

Speaking at this week's Africa E&P Summit in London, Alexander Mollinger, chief operating officer, Discover Exploration, said that the combination of the islands' location in the Mozambique Channel and 16,000sq km of 2D seismic data for a drill-ready field with up to 10.5bn boe of gas could transform the country's economy. As well as the strong gas case, the data shows a potential oil find of 7bn barrels and 1.1 tcf of associated gas. Made up of three islands and with a population of just 800,000, a major gas discovery and subsequent monetisation have the potential to dramatically increase the Comoros Islands' GDP from US$660mn.

As well as encouraging seismic data results, Mr Mollinger said the Comoros Islands government was offering "excellent fiscal terms" with a break-even oil price of just US$35 a barrel required. In regard to the gas, the company is looking to LNG development on a sparsely populated part of one of the islands so small-scale projects can be completed quickly.

"Hypothetically, this [discovery] would proper the Comoros Islands up in the world reserves per capital [rankings} - it is the next milestone in the Mozambique Channel history," said Mr Mollinger.