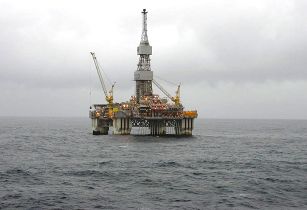 According to the company, Sasol Petroleum International will retain the majority 60 per cent interest. The permit will grant the right to Eni to explore for hydrocarbons on a wide offshore unexplored area of 82,000 sq km on Durban and Zululand Basins and Kwazulu-Natal province.

ER236 was granted to Sasol Petroleum International by the South African regulator Petroleum Agency of South Africa (PASA) in late 2013.

David Constable, CEO of Sasol Petroleum International, said, “The establishment of our partnership with Eni with respect to our offshore South African interests complements Sasol’s strategy to develop sustainable energy solutions, which will serve to ensure all-important economic growth and development in southern Africa and the broader region. In addition, accelerated exploration activity, as represented by ER236, will have many positive benefits for South Africa and the broader region, in terms of energy security and increasing levels of international investment.”

The agreement is, however, subject to government approval. The farm-in agreement forms part of a wider cooperation between Sasol and Eni in Southern Africa and other areas, mainly focused on maximising opportunities in the gas value chain, Eni said in a statement.