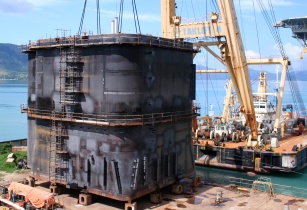 Panoro Energy ASA announced that following its lifting of 745,000 barrels of oil at Block G offshore Equatorial Guinea in July and receipt of related payment in excess of US$80mn, cumulative net cash flow generated from its production entitlement at Block G has exceeded the upfront acquisition cost of US$94mn

Panoro completed the acquisition of its 14.25% non-operated participating interest in Block G, which holds the producing Ceiba and Okume Complex fields in March 2021. Panoro’s net working interest production at Block G in the first half of 2022 averaged 4,714 barrels oil per day, representing approximately 60% of the company’s total reported production. Its net 2P reserves attributed to Block G at 31 December 2021 stood at 13.2 million barrels.

In May 2022, the Ministry of Mines and Hydrocarbons of Equatorial Guinea and the joint venture partners at Block G agreed a material time extension of the production sharing contract until end-2040, covering both the Ceiba and Okume Complex fields. Management expects that Panoro’s net 2P reserves will increase by between two to three mn barrels as a result of the PSC extension which also supports the next phase of planned investment by the joint venture partners with a three well production drilling campaign due to commence in the second half of 2023.

“The rapid payback we have achieved in less than 18 months on our Equatorial Guinea acquisition underscores not only the high asset quality of the Ceiba and Okume Complex fields, but is also a strong endorsement of Panoro’s ambitious growth strategy and agility that allowed us to make a highly value accretive acquisition at an opportunistic point in the oil price cycle. Panoro also acquired at the same time a further 10% interest in the Dussafu Marin Permit in Gabon as part of the wider transaction where, taking into account capex at the greenfield Hibiscus Ruche Phase 1 development, we expect to similarly achieve payback around year end 2023 at current forward pricing. We remain fully committed to delivering strong returns to our shareholders,” said John Hamilton, CEO of Panoro.