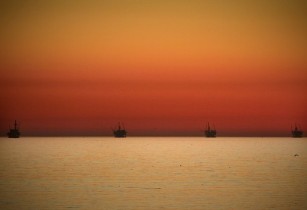 Total and Qatar Petroleum have further strengthened their international partnership by signing agreements under which Qatar Petroleum will farm into Total-held exploration acreage in Namibia, Kenya and Guyana

Following the completion of the transactions, which are subject to approval by relevant authorities, Qatar Petroleum will partner with Total in the countries.

With Eni, Total will transfer a combined 25 per cent interest in Blocks L11A, L11B and L12 to Qatar Petroleum. Total’s interest will be reduced from 45 per cent to 33.75 per cent. All three blocks are located in Kenya’s deep offshore.

An exploration well is planned for Block L11B in 2020.

Qatar Petroleum will have 40 per cent of the company holding Total’s existing 25 per cent interests in the Orinduik and Kanuku blocks, adjacent to the Stabroek Block in the prolific offshore Guyana Basin.

Total will retain the remaining 60 per cent of this company. Following the Jethro discovery on the Orinduik license earlier this month, a second exploration well (Joe-1) is being drilled on the same block. A third (Carapa-1) is planned for later this year on the Kanuku license.

“Following on from our first discovery together and the opening of a new gas province on the Brulpadda prospect in South Africa, the latest agreements are an important milestone in the long-standing partnership between Total and Qatar Petroleum,” stated Arnaud Breuillac, president exploration and production at Total.

“As their long-term partner in Qatar, where we have a well-established presence, we are committed to continuing to support Qatar Petroleum’s international development, through partnership and collaboration, as we have successfully done in the past.”