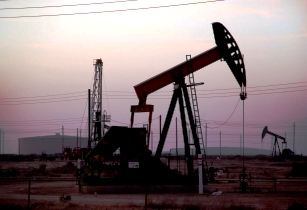 Uganda will begin commercial oil production by the end of 2017 after the completion of an export pipeline and a refinery in the country, minister of energy and mineral development said

The east African country first discovered crude deposits in the Albertine Rift Basin along its border with DR Congo in 2006.

According to Irene Muloni, minister of energy and mineral development, said, “The discovery could lead to billions of dollars in revenue from expected crude oil exports of 140,000 bpd and production of about 200,000 bpd.”

Crude extracted will be shared between a thermal power generation plant, a planned refinery and an export pipeline, she added.

“Everyone is working really hard so that we can have both the refinery and the pipeline ready by 2017,” Muloni told Reuters.

Peak demand for power is about 480MW but growing quickly, at about 10 per cent a year, while the country’s capacity is about 850 MW.

Government geologists estimate Uganda’s crude reserves at 3.5bn barrels but only about 30 per cent of the country has been explored, according to the minister.

Government sources added that licensing rounds for vacant petroleum exploration acreage would be announced later this year and about 40 companies, mainly foreign, have already expressed their interest.

“We should be able to announce bidding rounds by end of this year and we'll be putting in place the national oil company of Uganda to do business on the side of government,” Muloni said.