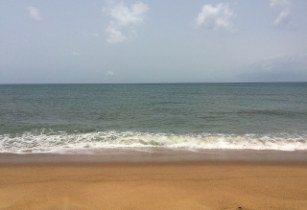 Ghana's Ministry of Energy is aiming to follow a schedule for its next licensing round, involving six offshore blocks with oil and gas potential

Speaking to Oil Review Africa at the Africa Power & Oil Investment Forum, held in London this week, George Okley, director, upstream petroleum, for the ministry said a schedule is in place with licenses expected to be negotiated and awarded by March or April 2019. The ministry is currently in the preparation stage for the licensing round with promotional activities scheduled for September and October 2018. Mr Okley said a roadshow, including London and Houston, would be part of the promotional stage, with invitations to bid to be sent in November for a December pre-qualification deadline. Pre-qualified bidders will have to then submit applications in January 2019 for evaluation in February. A commitment to meeting Ghana's local content laws will be looked upon favourably during the process, Mr Okley said.

"We are trying to do online as much as possible," said Mr Okley of the bidding process.

The six blocks range in size from 1,000 to 1,500 square kilometres in the Western Basin. Two of the blocks are ultra-deepwater, at 3,000-4,500m. Mr Okley said that 2D and 3D seismic data was taken in the blocks between 2000 and 2013 with very promising interpretations indicating "mostly oil". Additionally, he said that existing pipeline infrastructure will make the blocks "attractive" to bidders. He is expecting bids from companies such as Tullow, Shell, Chevron, as well as major Chinese and Indian players and "a mix of joint ventures" could dominate the successful bids.

Several factors were cited by Mr Okley as good reasons for the timing of this licensing round. These factors included the Jubilee field passing its peak production levels, hence the ministry seeking out new hydrocarbons opportunities and new partners; the improved oil price; and the successful resolution of the maritime border dispute with Cote d'Ivoire.