The UAE’s BUTEC has completed the takeover of 17 Energy Services companies in Africa previously owned by the energy global player, ENGIE Group 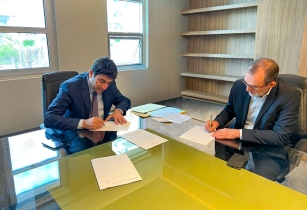 This transaction is expected to allow BUTEC Group to capitalize on 2000 collaborators and highly skilled executives. (Image source: BUTEC)

The acquisition process was completed on the 31 March 2022, following the initial agreement signed on the 16th of last December between the two groups.

The acquisition of these 17 companies, based in 15 countries across Africa stems from the strategic decision taken by BUTEC Group, a major EPC projects player since 1960s, to expand to Africa, the geographic footprint of its second core business line: the multi-technical services.

This transaction is expected to allow BUTEC Group to capitalise on 2000 collaborators and highly skilled executives, whose expertise will strengthen the company's Energy Services activities, through key synergies. It is worth noting that some of the newly acquired company were established since the early years of the 20th century and have extensive experience in the field of multi-technical services installation and maintenance in their respective countries.

ENGIE on the other hand has decided to sell its Energy Services activities to Bouygues in Europe and to BUTEC Group in Africa, in line with its decision, taken in 2020, to redefine its strategic priorities to focus on green energy generation and distribution.

The newly acquired companies are:

In North Africa, ENGIE Service Morocco, a merger between SPIE Morocco, Cofely Morocco and EFS, these companies are leaders on their markets in North Africa and major players in energy transition.

In West Africa, ENGIE subsidiaries in Ivory Coast, Benin, Burkina Faso, Ghana, Mali and Niger. These companies occupy a leadership position in engineering, utilities installation and energy efficiency services, as well as in the manufacturing of electrical components.

In southern Africa, Ampair, Thermair and IES operating in South Africa, Botswana, Mozambique, Swaziland and Zambia. Operational for more than 70 years, these companies have been leaders in the field of climate engineering and in the installation and maintenance of HVAC systems.