US$30bn Lindi LNG project in Tanzania to be revived 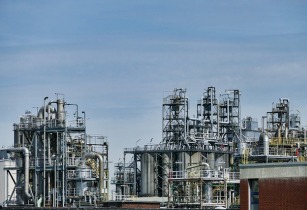 Tanzanian President Samia Suluhu Hassan has announced plans to revive the US$30bn LNG project in Lindi and has directed the Ministry of Energy to accelerate talks with Shell and Equinor, the stakeholders of the project

The capital intensive onshore LNG project Lindi in Tanzania has been held up for many years, mainly due to the country’s political uncertainty and delays in the approval of a new legal and regulatory framework, according to GlobalData.

As reported in the Pumps Africa, the project was sidelined earlier, mainly for prioritising the East Africa Crude Oil Pipeline to take oil from Uganda to the Tanzanian port of Tanga.

The source further reported that the project is expected to see Tanzania involving gas from Shell-operated blocks 1 and 4 and Equinor’s Block 2 being piped from deep-water subsea wells to two or three liquefaction trains at Lindi. These blocks house about 35 tcf of recoverable gas, split about evenly between the assets of the two operators.

The LNG project is Tanzania is all set to provide an exciting opportunity strengthening the local supply chain, thus boosting the local economy.