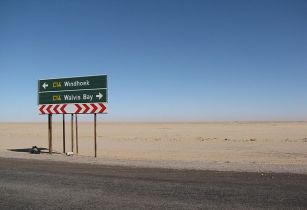 Namibia, an emerging hotspot in the African oil industry, received a boost this week the the renewal of Petroleum Exploration License 37 (PEL 37) and the signing of a new rig contract

Tullow Namibia operates PEL 37 with a 35 per cent interest. The Namibian Ministry of Mines and Energy approved the second renewal period, which lasts for two years from 28 March 2018. The license includes an obligation to drill an exploration well. PEL 37 has shown promise for light oil. The license covers an area of 17,295 square kilometres in Namibia's northern offshore waters. The Cormorant Prospect is located in the Walvis Basin in a water depth of approximately 550 meters. The prospect is one in a series of extensive base-of-slope turbidite fan prospects with significant combined resource potential. The fans are near a mature oil-prone source rock of Aptian age that has been proven by the nearby Murombe-1 and Wingat-1 wells. Wingat-1 has already recovered light oil.

As well as PEL 37's renewal, Tullow Namibia has contracted Ocean Rig Poiseidon, a deepwater drillship to work on the Walvis Bay project.

Tullow's partners in PEL 37 Pancontinental Oil & Gas (a subsidiary of Africa Energy) with a 30 per cent participating interest, ONGC Videsh Vankorneft with 30 per cent, and Paragon Oil with 5 per cent.

"We welcome the renewal of PEL 37 offshore Namibia so that we can commence operations," said Jan Maier, Africa Energy's vice president of exploration. He added that now that the contract had been signed with Ocean Rig to drill the Cormorant Prospect, plans were in place to spud the well on 1 September 2018.

"ExxonMobil's recent entry into a block adjoining PEL 37 confirms our positive view of the geology in this region."