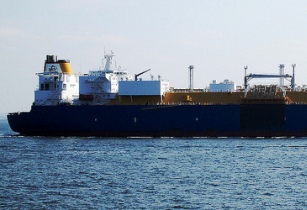 Mozambique has signed agreement with Italian oil and gas major ENI and the US petroleum company Anadarko to build two liquefied natural gas (LNG) terminals in Cabo Delgado, the northernmost province of Mozambique

Under the joint agreement, each company will develop their own terminals in the country, thus supporting the African nation to be a major LNG supplier to the Asian market.

The agreement was signed by Letícia Klemens, energy minister of Mozambique, and the regional heads of ENI and Anadarko.

According to Reuters, ENI will spend US$8bn to develop a gas field off the coast of Mozambique. The Anadarko will be responsible for developing Mozambique's first onshore LNG plant which will consist of two initial LNG trains with a total capacity of 12mn tonnes per annum.

In June 2017, Eni signed an agreement with the Mozambique government to develop its portion of the Coral South LNG project where Eni will be responsible for financing, construction, drilling and installation services.

Eni said it is planning to use a new 3.5mn tonnes per annum floating LNG plant to export the gas.

The LNG blocks of Anadarko are closer to shore, with its Mozambique LNG terminal locating on a 17,000 acre onshore site.

The source reported that Mozambique is expecting to invest around US$30bn in the country’s natural gas sector, with target to produce 20mn tonnes per year of LNG products. The first export is scheduled to be started in 2021.