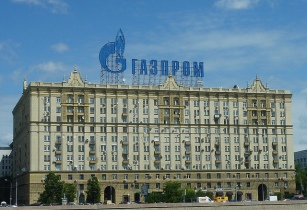 According to Gazprom, the supply of LNG has been scheduled to start in 2019.

The agreement between the companies comes as first stage of a series of partnerships aimed for the development of the infrastructure and services in Ghana’s LNG sector.

Nana Akufo-Addo, the President of Ghana, expressed his hope towards this partnership between the countries and said that the deal will play an important role for the overall economic development of Ghana.

Gazprom said that with this contract, the company will be the second largest supplier of the largest LNG contract from the number available in its global portfolio.

According to GNPC, the contract is expected to save more than US$1bn.

In addition, it is further expected to help Ghana in developing the Tema LNG Terminal project, designed to ease the country’s energy deficit and support the government’s goal to achieve energy reliability with efficiency and cost-effectiveness.

Gazprom is a global energy company focused on geological exploration, production, transportation, storage, processing and sales of gas, gas condensate and oil, sales of gas as a vehicle fuel, as well as generation and marketing of heat and electric power. Headquartered in Moscow, Gazprom is involved in the Russian government's diplomatic efforts, setting of gas prices and access to pipelines.