The multinational oil and gas company Shell has signed a memorandum of understanding (MoU) with Mozambique government, aiming to allocate gas from the Maputo’s Rovuma Basin for domestic use in the country 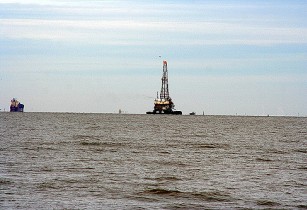 The Mozambique government’s strategy for the sector aimed to meet the demand for the country’s developmental needs. (Image source: Erin/Flickr)

The MoU agreement was signed by Leticia Klemens, minister of mineral resources and energy, and Clare Harris, vice-president of Shell.

The agreement follows the result of the Rovuma Basin domestic gas tender, where the Mozambique government has selected Yara International, Shell Mozambique and GL Energy Africa to work on gas development projects of the country.

The tender was published in January 2017.

Shell said that as part of Mozambique government’s use of natural gas for the development of domestic projects, the company will produce 38mbl of liquid fuels including GTL diesel, nafta and kerosene, as well as 50MW to 80MW of electricity.

Mozambique, which has vast offshore gas resources, has decided to use some portion of the gas for domestic projects, with an aim to achieve sustainable development of the country.

Recently, the government has decided to build a floating platform in the Rovuma Basin for the exploration of the natural gas. The floating platform, once completed, is expected to have a capacity to dissolve approximately 3.3mn tonnes of natural gas per year.

Harris stressed that the MoU agreement will add value to the development of the project in Mozambique’s energy sector and domestic gas industry.

Klemens noted that the MoU aims to ensure the full use of the country’s resources to meet Mozambique’s development needs.