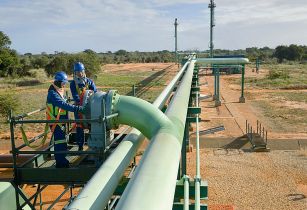 In an optimistic move, Sasol has hired oil and gas recruiters Petroplan to help the company expand its gas presence in Mozambique

Sasol already has a strong presence in Mozambique after inaugurating the Central Termica de Ressano Garcia (CTRG) in 2014 CYTG is a 175 MW gas-to-power plant on the border between South Africa and Mozambique. It is the first gas-to-power plant for the East African country. A joint feasibility study for a large-scale GTL plant based on gas from the Rovuma Basin is also underway in conjunction with ENH, Mozambique's national oil company.

As well as a prominent gas presence in Mozambique, last year Sasol announced the completion of the country's first 3D onshore seismic programme, which surveyed the Inhassoro Field for oil.

Additionally, Sasol won the Mozambique Tax Authority's Best Corporate Taxpayer award for the second year in a row, with the award being presented in March 2017.