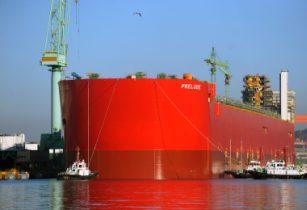 The production in Phase 2 has been started after the success of the first phase of the Gbaran-Ubie integrated oil and gas development, which was commissioned in June 2010.

Shell said that 18 wells have been drilled and a new pipeline is constructed between Kolo Creek and Soku to connect the existing Gbaran-Ubie central processing facility to the Soku non-associated gas plant.

The company mentioned that the first gas flowed from the wells in March 2016, with the facilities coming on stream in July 2017.

Nigeria is known for its natural gas prospects. The country is requiring developments due to the security-related issues in the Niger Delta. In a recent event in July 2017, militants targeted the Trans-Niger crude oil pipeline, sidelining about 150,000 bpd.

Commenting on the Phase 2 production, Andy Brown, upstream director of Shell, said, “The announcement is a positive step for Shell’s global gas portfolio. It is also good news for Nigeria as gas from Gbaran-Ubie Phase 2 will strengthen supply to the domestic market and maintain supply to the export market.”

Headquarted in The Hague, The Netherlands, Royal Dutch Shell have operations in more than 70 countries and territories with businesses including oil and gas exploration and production, production and marketing of liquefied natural gas (LNG), manufacturing, marketing and shipping of oil products and chemicals and renewable energy projects.