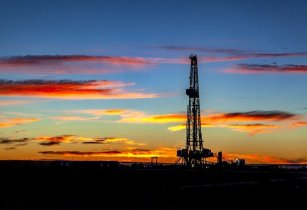 The project, led by TOTAL E&P Mozambique Area 1, includes the development of offshore gas fields in Mozambique’s Area 1 and a liquefaction plant with a capacity in excess of 12 million tonnes per year.

As part of the contract, Siemens Energy will supply six SGT-800 industrial gas turbines that will be used for low-emissions onsite power generation.

With more than eight million total fleet operating hours and more than 400 units sold, the SGT-800 turbine is ideally suited for power generation, particularly in LNG applications, where reliability and efficiency are critical. The 54MW turbine rating selected for this project has a gross efficiency of 39%. It is equipped with a robust, dry low-emission (DLE) combustion system that enables world-class emission performance over a wide load range.

Siemens Energy will also supply four centrifugal compressors for boil-off gas (BOG) service. A key feature of these compressors is the inlet guide vane (IGV) system that allows for optimization of power consumption according to changes in operational parameters such as inlet temperature and outlet pressure.

The gas turbines are slated for delivery in the second half of 2021 and the first half of 2022. The delivery of the compressors is scheduled for 2021.

The equipment order for the Mozambique LNG project comes on the heels of a recent agreement between Total and Siemens Energy to advance new concepts for low-emissions LNG production. As part of the contract, Siemens Energy is conducting studies to explore a variety of possible liquefaction and power generation plant designs, with the goal of decarbonising LNG facility development and operation.