The government of South Africa is planning to fast-pace the exploration of shale gas in the southern Main Karoo basin, to maximise production and to reshape the country’s energy economy 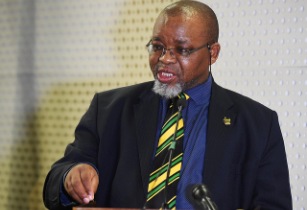 This was announced by Gwede Mantashe, minister of mineral resources in South Africa, during his budget speech in the parliament on 15 May 2018. In his speech, Mantashe stressed the importance of shale gas in transforming South Africa’s economic stability.

According to the statement, PetroSA has estimated that the Main Karoo Basin may have about 205 tcf of shale gas that can be “technically recoverable.”

With natural gas becoming a crucial driver in transforming the world economy, new discoveries of shale gas in South Africa are expected to further intensify the awareness of natural gas as a major component of energy supply mix across the world.

Therefore, he added, the government plans to speed up the finalisation of exploration rights applications, so that South Africa can achieve its economic development goals by transforming the energy sector.

Mantashe further added that South African government will issue a notice shortly in terms of the Promotion of Administrative Justice Act, inviting people to comment on the decision.

So far, the government has received three applications for shale-gas exploration rights, he noted.